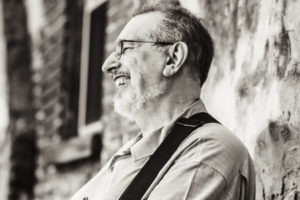 For Americana godfather David Bromberg, it all began with the blues. His incredible journey spans five-and-a-half decades, and includes adventures with Bob Dylan, George Harrison, and Jerry Garcia. A musician’s musician, Bromberg’s mastery of several stringed instruments (guitar, fiddle, Dobro, mandolin), and multiple styles is legendary, leading Dr. John to declare him an American icon. Bromberg even co-invented a genre: Newgrass. But now, with his latest release, The Blues, the Whole Blues, and Nothing But the Blues, he focuses on…

John McEuen & the String Wizards – Will the Circle Be Unbroken 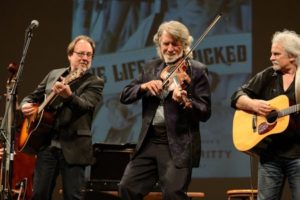 Throughout their career, one that encompasses four highly acclaimed albums and any number of awards and accolades, the SteelDrivers have proven they are one of the, “Gutsiest, grittiest bluegrass bands around,” according to The Tennessean. Self-described as what the Rolling Stones would sound like if they played banjos, fiddles and mandolins, the group has garnered critical acclaim and legions of fans with its that rock-n-roll edged music played on traditional instruments. What began as a casual get-together to jam in…