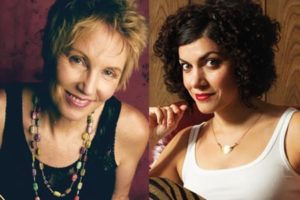 Carrie Rodriguez and Eliza Gilkyson have teamed together to celebrate their familial roots in song. Rodriguez, the daughter of musician/activist David Rodriguez, and Gilkyson, daughter of folksinger Terry Gilkyson, each have built their sound on the music that surrounded them growing up. From Houston/Austin to Los Angeles/Santa Fe the two women have each forged a musical identity that that is recounted in stories and songs. Onstage they create an atmosphere of intimacy and friendship, with loving acknowledgment of their musician… 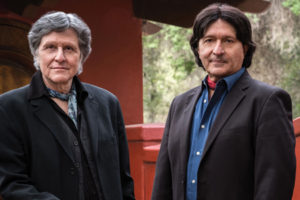 Strunz & Farah’s new studio recording, Tales of Two Guitars (2018), is the latest chapter in the continuing story of the two virtuoso guitarists who have created an original and enduring body of guitar music. Rhythmic and colorful, and recorded with 11 guest musicians, Tales is a musical storybook of a fully evolved style of playing and composing which has been highly influential among guitarists everywhere. The new recording has 13 original pieces, full of contrasts both compositionally and instrumentally,…