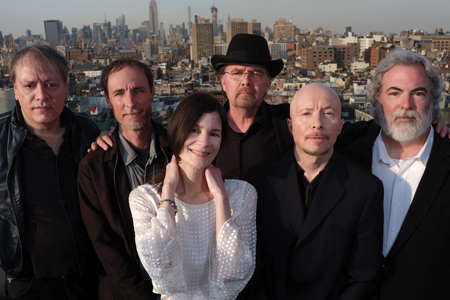 One of the most critically acclaimed bands of the last three decades, 10,000 Maniacs were fronted by the indelible voice of Natalie Merchant. Together with artists like R.E.M. they defined college rock and created the first wave of alternative rock bands and the alternative rock scene. Writing and performing powerful, danceable, and socially conscious original material, the group had hits like “Trouble Me,” “Don’t Talk,” “Hey Jack Kerouac,” “Like The Weather” and “What’s The Matter Here?” The Maniacs album, In My Tribe, broke into the charts, where it stayed 77 weeks, peaking at #37 and selling over two million copies. It was voted one of the 100 most important releases of the decade by Rolling Stone Magazine.

Their seminal MTV Unplugged was released a few months after her departure, featuring a remake of the classic, “Because the Night.” The record sold 4 million copies. Our Time in Eden was released in 1992, and featured the hit singles, “Candy Everybody Wants” and “These Are Days.” The album sold more than three million copies and Rolling Stone’s four-star review called it a “…gripping new album …with a provocative, unnerving power.” Now on the Maniac’s 35th anniversary, they are back to delight fans with exciting new songs, as well as their genre defining classics.