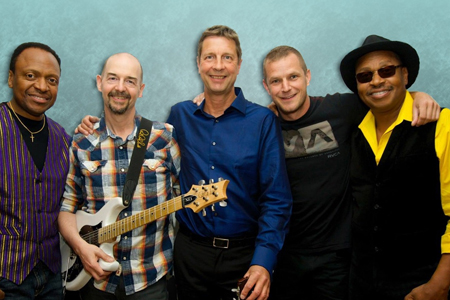 Triple GRAMMY nominated artists Acoustic Alchemy are fast approaching their quarter century of recording since 1987’s Red Dust and Spanish Lace established the ensemble as an ever evolving force in contemporary jazz. The band’s rich legacy is based on the extraordinary airplay, sales, and critical reception given the many early Nick Webb-Greg Carmichael led recordings followed by those helmed later by Carmichael and Gilderdale. With each successive recording, Acoustic Alchemy is carrying on a 30 year long legacy that has pushed the limits of the acoustic guitar’s potential by embracing a broad spectrum of styles including flamenco, reggae, folk, jazz, and new age as well. Their genre defying music resulted in numerous number one hits on the adult contemporary charts.