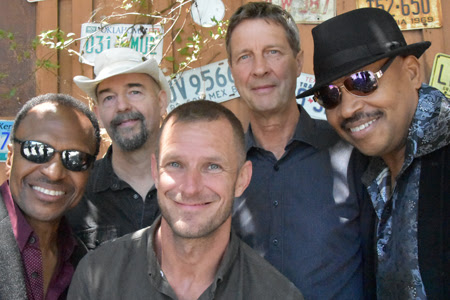 Acoustic Alchemy have spent thirty years making music and, in that time, they have not only received critical acclaim for their albums (including three GRAMMY nominations) but have built a reputation for being one of the most exciting live bands in the business. For the last decade, the band lineup has featured Greg Carmichael on nylon guitar, Miles Gilderdale on steel string acoustic and electric guitar, Fred White on keyboards, the powerhouse rhythm section of Greg Grainger on drums and his brother Gary Grainger on bass. Since 1987, Acoustic Alchemy has pushed the limits of the acoustic guitar’s potential by embracing a spectrum of musical styles ranging from straight-ahead jazz, to folk, to rock, to world music and beyond. Through it all, the overriding mission of Acoustic Alchemy has been to reach the broadest possible audience by pushing the potential of instrumental music to embrace a broad spectrum of styles without being limited to any specific genre.