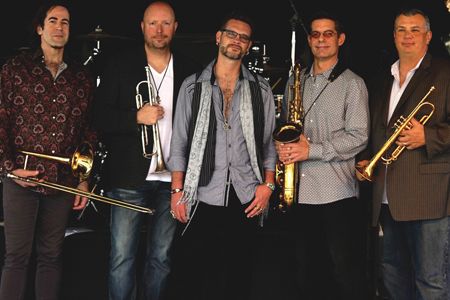 With world class vocals, musicianship, and a multitude of solid gold hits, Blood, Sweat & Tears is at the top of their game. They are the band that fused rock, blues, pop music, horn arrangements and jazz improvisation into an irresistible jazz-rock hybrid, garnering legions critical acclaim and legions of fans along the way. It’s been more than four decades since Blood, Sweat & Tears’ second, self-titled album, topped the Billboard charts, beat out the Beatles’ Abbey Road for GRAMMY Album of the Year, and produced three mega-hit singles: ‘You Made me so Very Happy‘; ‘Spinning Wheel‘; and ‘And When I Die‘. They have scored hit recordings performing the songs of such laudable singer/songwriters as Laura Nyro, James Taylor, The Band, the Rolling Stones, as well as Billie Holiday, which have sold tens of millions of recordings. BS&T also incorporated music from Thelonious Monk into their arrangements. They have won Gold Records, GRAMMY Awards, the respect of the best in the industry, and the love of millions of fans. It’s a future of endless possibilities for Blood Sweat & Tears.