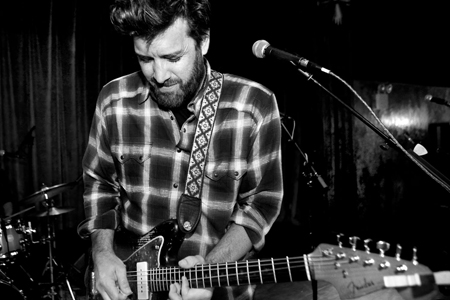 Bob Schneider is a highly unique one-man musical and artistic phenomenon. In his musical hometown of Austin, he has ruled the roost for over 25 years. He has been awarded 54 Austin Music Awards, including seven-time Musician of the Year, making him the all-time leader. Schneider is the best-selling artist at Waterloo Records and his national profile has won him devoted following thanks to appearances on national television, numerous albums, and a relentless commitment to touring. After fronting such popular Austin bands as Joe Rockhead, the Ugly Americans, and The Scabs in the 1990s, Schneider launched a genuinely independent career that goes unmatched for its breadth and prolificacy. He’s written more than 2,000 songs and released 18 solo albums. He has also had songs featured on 7 studio film soundtracks – plus an indie movie – and sustains an ongoing market for his paintings and collages, some of which have also graced his album covers. Known for mastering an almost dizzying array of styles and genres, the Austin American-Statesman notes, ‘Schneider’s a chameleon; he can’t be categorized, and it’s like it’s a personal challenge to see how many kinds of music he can master. But pay attention; it’s the lyrics more than the voice that set him apart.‘ His latest release, I Will Find You No Matter What: The Songs of Luc and Bob Schneider, was written and recorded with his now 11-year-old son – who sings many of the songs and shares vocals with his father on others – it’s a true family album for music lovers of all ages.