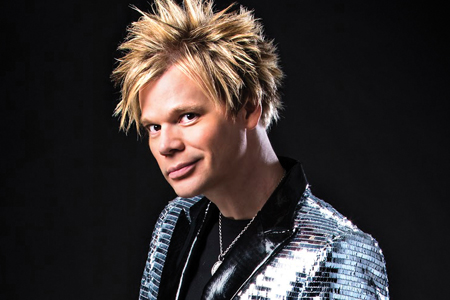 Brian Culbertson is an award-winning multi-instrumentalist, songwriter and producer known for his distinct brand of genre-crossing contemporary jazz, R&B and funk. Inspired by the iconic R&B-jazz-pop artists of the 1970s like Earth, Wind & Fire, Tower of Power, Chicago, and David Sanborn, he started composing original music for his seventh grade piano recital and hasn’t stopped since, amassing 30 Billboard number one singles (and counting!) and a deep catalogue of 18 albums, most of which have topped the Billboard Contemporary Jazz charts. Having worked and performed with countless industry all-stars such as Michael McDonald, Chris Botti, Barry Manilow, Herb Alpert, Natalie Cole, and Bootsy Collins, Culbertson has won numerous awards and accolades along with nominations from the NAACP Image Awards and Soul Train Awards. With love, romance and his recent twentieth wedding anniversary serving as his inspiration, Culbertson crafted thirteen new songs that will be released as Colors of Love on Valentine’s Day 2018.