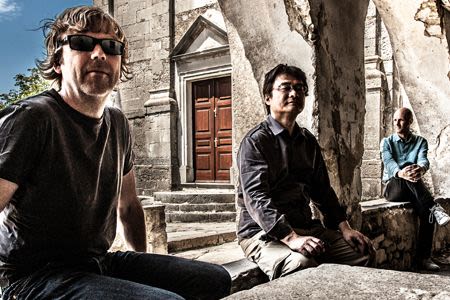 The universe of guitar knows no boundaries for The California Guitar Trio. Since 1991, the group has enthralled listeners with a singular sound that fearlessly crisscrosses genres. The trio’s questing spirit drives it to explore the intersections between rock, jazz, classical and world music. It even throws in the occasional surf or spaghetti Western tune for good measure. Comprised of Bert Lams, Hideyo Moriya and Paul Richards, the group has established a unique, personal connection with audiences. In addition to dazzling musicianship and interplay, The California Guitar Trio’s (CGT) shows are full of captivating stories and humor that enable concertgoers to feel like they’re part of the music, not just spectators. In fact, the group’s goal is to transcend their instruments, so people focus on the music first, and its considerable technical prowess a distant second. CGT’s 16 albums, streamed over 65 million times on Pandora, offer diverse snapshots of the group’s mercurial muse. The trio’s most recent release Komorebi showcases its acoustic side, with beautiful lush originals and innovative cover arrangements of Beatles, Beach Boys and more. Other highlights include Masterworks and album of classical works, with expansive takes on Bach, Beethoven, Arvo Pärt, and Schubert. Andromeda, which combines their many influences into a visionary album of original material; CG3+2, an exploration of kinetic rock territory in collaboration with bassist Tony Levin and drummer Pat Mastelotto; and Echoes, which re-imagines timeless material by artists such as Mike Oldfield, Penguin Café Orchestra, Pink Floyd and Queen. 27 years and 1,800+ gigs later, the CGT remains intensely committed to explore, evolve and communicate a wide-ranging musical worldview.