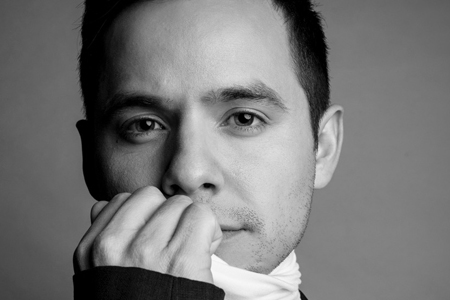 David Archuleta became a star when he was just 16. In 2008 more than 30 million television viewers fell in love with his angelic voice and their 44 million votes made him runner-up in Season 7 of American Idol. His first single, “Crush,” debuted at number two on the Billboard Hot 100 Chart shortly thereafter. Three months later, Archuleta’s self-titled album, David Archuleta, went Gold, selling more than 750,000 copies in the US and more than 900,000 worldwide. He released his third album, The Other Side of Down and appeared as guest star on The Mormon Tabernacle Choir’s holiday album, David Archuleta – Glad Christmas Tidings. He went on to release his fourth album, Forevermore, exclusively in the Philippines where it was soon certified Gold. Two more albums were subsequently released, Begin and No Matter How Far, both to both critical and fan acclaim. Archuleta is overjoyed for his next album released later this year called, Winter in the Air. This will be his second Christmas album with a mix of covers and three original songs co-written by this multi-talented rising star.