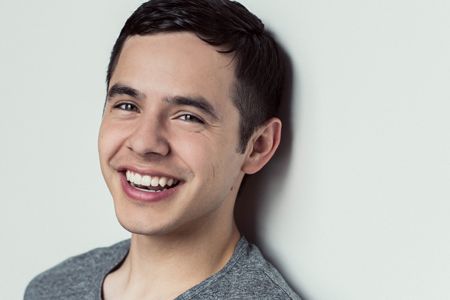 Platinum-selling pop star David Archuleta doesn’t like attention, but he deserves yours. At 6 years old, Archuleta, who grew up on a steady diet of musicals like Les Misérables and Evita, developed a love for singing as a way to find solace in the comfort of his backyard. In 2007, when the then-16-year-old (now 26), appeared on American Idol, the world started noticing. Receiving 44 percent of nearly 100 million votes, the shy, fresh-faced vocal prodigy was runner-up on the hit show’s seventh season, finishing behind David Cook. A record deal with Sony/Jive Records, arena tours, a number two single, ‘Crush,’ on the Billboard Hot 100, acclaim from the likes Bruce Springsteen, Kelly Clarkson and Rihanna, and international fame followed. Archuleta has run the gamut from Top 40 Pop to holiday music on six studio albums and 21 singles. His May 2017 release, Orion, is a series of three four-song Eps, due out over the course of the year, releasing a full-length LP with additional songs.