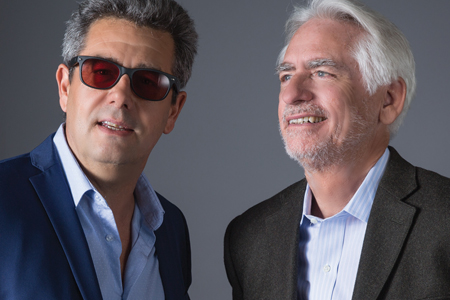 Since emerging as a force in contemporary jazz in the mid-90s with a trademark sound captured in the title of his debut album Classical Soul, Marc Antoine first became known to urban jazz audiences when he toured with Basia in 1988. After several years recording and performing what was then known as “acid jazz,” Antoine endeared himself to a generation of contemporary jazz fans. He later scored numerous airplay hits from the albums which have established him as a mainstay in the genre: Urban Gypsy, Madrid, Universal Language, Cruisin’, The Very Best of Marc Antoine, Mediterraneo, and Modern Times. Antoine has appeared on numerous albums for other artists, including Rick Braun, Jim Brickman, Dave Koz, and Mindi Abair and has been featured in many of the annual Guitars & Saxes All Star Tours and Jazz Cruises. For three decades, pianist, composer, and arranger David Benoit has reigned supreme as one the founding fathers of contemporary jazz. He has received three GRAMMY nominations in the categories of Best Contemporary Jazz Performance for “Every Step of the Way,” Best Large Ensemble Performance for GRP All-Star Big Band, and Best Instrumental Composition for “Dad’s Room,” the latter from the album Professional Dreamer. In 2010, Benoit received a Lifetime Achievement Award from the American Smooth Jazz Awards, and he’s worked with an impressive potpourri of musicians including the Rippingtons, Dave Koz, Faith Hill, David Sanborn, CeCe Winans, and Brian McKnight.