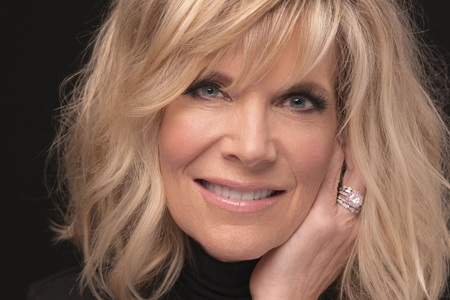 Debby Boone is a multiple cross-over artist who has enjoyed top 10 successes on the Pop, Country, Adult Contemporary and Contemporary Christian charts. She became a house-hold name thanks to her record-breaking debut single, “You Light Up My Life” in 1977, charting number one on Billboard for 10 straight weeks and selling in excess four million top charting songs. “You Light Up My Life” is one of the most popular recordings in modern music history and it won both the Oscar and GRAMMY Awards for Best Song and the American Music Award for Best Pop Single. In addition to earning a Best New Artist GRAMMY, Boone was also nominated for Best Pop Vocal – Female and Record of The Year, was named the Top New Female Artist the same year by both the Academy of Country Music’s and Music City News. She has subsequently won another pair of GRAMMYS for her contemporary Christian recordings in addition to two Dove Awards. Boone has devoted her most recent musical endeavors to the Great American Songbook, building on her previous release for Concord Records, Reflections of Rosemary. The album is an intimate musical portrait of her late mother-in-law, the legendary singer Rosemary Clooney, for whom Boone had great love and respect.