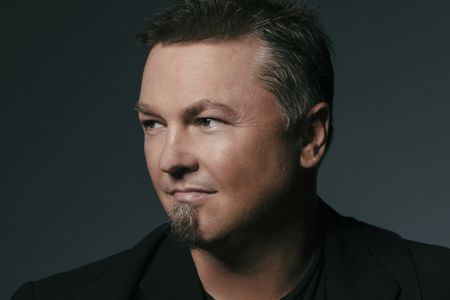 Edwin McCain’s voice is everywhere. At any given moment, a radio station is playing one of his songs. An American Idol hopeful is belting out ‘I’ll Be.’ A newlywed couple is dancing to ‘I Could Not Ask for More.’ His songs have over 25 million plays on social media alone that have earned him a wall of platinum and gold albums that have sold in the millions, and reams of Top 10, 20 and 40 hits. McCain is heard belting his hits at over 100 concert halls throughout the country every year. His innate ability to write and perform songs that somehow every listener claims as their own has made him one of the most enduring and downright likable entertainers of our generation. Over a million Dr. Phil viewers voted ‘I’ll Be‘ as the best wedding song ever written, VH1 calls it one of the ‘Greatest Love Songs of All Time.’ The New York Times dubs McCain the ‘great American romantic and his fans do certainly agree. McCain roars through soulful renditions of his songs, tosses in irrepressible vintage R&B rhythms and turns his concerts into parties. His between-song-banter is more stand-up than rock star, drawing as many laughs as cheers.’