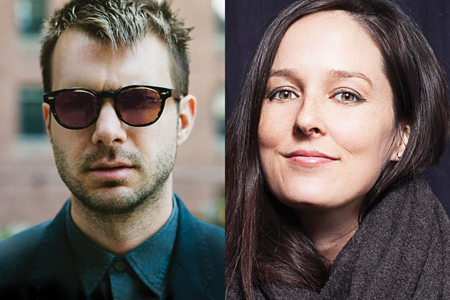 Howie Day’s emotionally resonant lyrics and inventive melodies have earned him both critical praise and a legion of devoted fans. He is known for his energetic, heartfelt shows, where he connects with audiences through the strength of his songwriting and his quirky sense of humor. His first effort, Australia was named Best Debut Album at the 2001 Boston Music Awards and The Boston Globe called Day “gorgeously seasoned, far beyond his years.” He went on to sell over 30,000 copies of Australia. His first major-label debut, Stop All The World Now burst onto the scene with certified gold sales and garnered two Top 10 radio hits: “She Says” and the platinum single “Collide.” Day’s single, “Be There,” from his second release, Sound the Alarm, cemented his journey from indie wunderkind to radio superstar and became a staple on the airwaves. Day is back on the road showcasing old favorites, as well as new material from Lantern, his 2015 critically acclaimed album.

It’s been a decade since the release of singer-songwriter Meiko’s self-titled debut album, recorded in part while she was working as a bartender, taking slots when she could get them to hone her already considerable skills. Since then she’s toured the world numerous times, had success on the radio here in the US and internationally, and released three additional critically-acclaimed albums. Meiko’s single, “Boys With Girlfriends,” scored a hit on Triple A radio, and her single “Stuck On You” reached number 1 in Japan. Pop, folk, and rock fans loved her thanks in part to her songs appearing in episodes of “Grey’s Anatomy”, “One Tree Hill”, and over a dozen other prime-time TV shows. Meiko’s album, The Bright Side climbed to number 1 on the iTunes Singer/Songwriter Albums chart. Meiko is touring in support of her latest album, Moving Day, her most honest release to date.