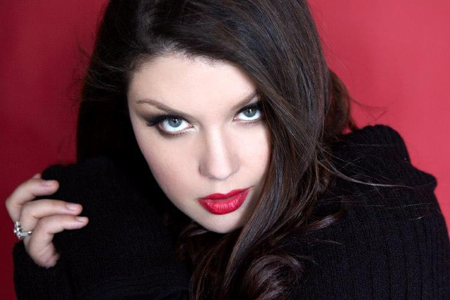 Blessed with “a voice of phenomenal beauty” (New York Times), Jane Monheit has had plenty of milestone moments in establishing herself as one of today’s best and most important vocalist-musicians. Her 2016 album, The Songbook Sessions: Ella Fitzgerald Monheit pays joyous tribute to Ella while sharing a definitive portrait of herself. Throughout the recording, Monheit’s gorgeous upward swoop and earthy wordless phrases pure Ella, but this album is a classic example of a singer leading her influences rather than being led by them. She pours herself into each and every lyric with sultry savoir faire. Monheit burst on to the scene when she became first runner-up in the 1998 Thelonious Monk Institute’s vocal competition when she was only 20 years old. Soon after, she released her stunning debut album, Never Never Land, an album was voted Best Recording Debut by the Jazz Journalists Association and stayed on the Billboard jazz chart for a year. Her next album, Come Dream with Me debuted on the number one spot on the Billboard jazz chart. Since then she has released numerous albums to popular and critical success and performed with Sergio Mendes, Toots Thielemans, Paul Simon, Burt Bacharach, Terrance Blanchard, Fiona Apple, and David Benoit.