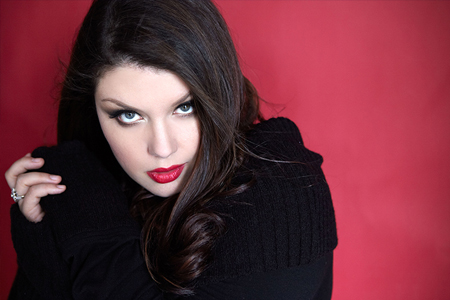 Blessed with “a voice of phenomenal beauty” (Stephen Holden, New York Times), Jane Monheit has had plenty of milestone moments in establishing herself as one of today’s best and most important vocalist-musicians. An extraordinarily gifted jazz vocalist whose sincere and romantic interpretations of exceptional songs have made her a favorite in both the jazz and cabaret worlds, she has garnered numerous accolades in the past decade. Her first album, Never Never Land, was voted Top Debut Recording by the Jazz Journalist’s Association and stayed on the Billboard Jazz chart for over a year. Subsequent albums either charted high, or in several cases, debuted at number one, earning multiple GRAMMY nominations along the way. With her latest album, The Songbook Sessions: Ella Fitzgerald, Monheit pays homage to Fitzgerald’s beloved songs like, “I’ve Got You Under My Skin,” “Somebody Loves Me,” “I Was Doing All Right,” and more.