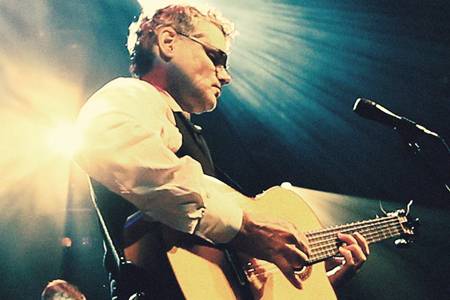 “I want to take people to places they haven’t been”- Jesse Cook, Juno winning master guitarist, known for his intoxicating fusion of world music, has travelled the globe looking for sounds that resonate with him. “I like finding common ground for different music traditions, a space where music from around the world can come together.” Cook has always fostered this spirit of cultural exploration, first as a Paris-born child to Canadian parents to a youth growing up in southern France where he first discovered the sounds of the flamenco guitar. His music is influenced by the Gypsy Kings, Paco de Lucia, Al Di Meola, John McLaughlin leaving audiences captivated by the sheer virtuosity and freedom found in that space between jazz and flamenco. Cook studied classical guitar at the Royal Conservatory of Music, moving on to York University, and jazz at Berklee College in Boston. On his albums, and in concert, he explores the roots of flamenco, and its many offshoots, from India to Spain, and on to Cuba and Latin America. Along the way, he developed his signature synthesis of world music. He has released ten genre-defying albums, garnering eleven Juno (Canada’s GRAMMYs) nominations, and one win for 2001s Free Fall, in the World Music and Instrumental categories.