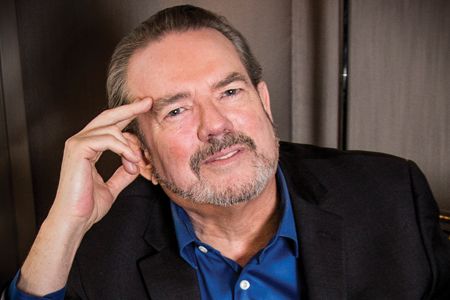 Jimmy Webb is an American songwriter, composer, and singer known worldwide as a master of his trade. Not many artists can say they premiered a classical nocturne and had a rap hit with Kanye West in the same year, but Webb’s career is full of surprises. Since his first platinum hit “The Worst That Could Happen,” Webb has had numerous hits including “Up, Up and Away,” “By the Time I Get to Phoenix,” “Wichita Lineman,” “Galveston,” “All I Know” and “MacArthur Park,” and has also become a leader and mentor in the industry as a champion for songwriters. He is the only artist ever to have received GRAMMY Awards for music, lyrics, and orchestration. In 2016 Rolling Stone Magazine listed Webb as one of the top 50 songwriters of all time and he is the youngest person ever inducted into the Songwriters Hall of Fame. Webb’s songs have been recorded by some of the greatest voices of all time including Frank Sinatra, Barbra Streisand, Elvis Presley, Isaac Hayes, Art Garfunkel, Linda Ronstadt, and Judy Collins as well as bands like R.E.M. “Mr. Webb is a superb natural melodist whose best songs often combine the tuneful directness of country music with the unabashedly romantic harmonic palette of classic Hollywood film scores.” The New York Times