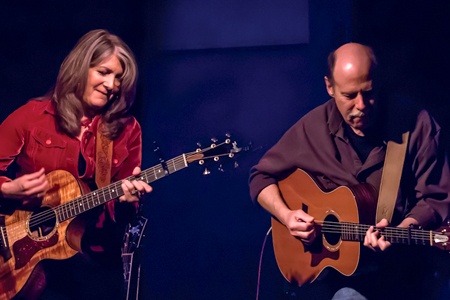 Kathy Mattea is one of the most respected female country stars of her era, a commercially successful hit maker who was able to bring elements of folk, bluegrass, gospel, and singer/songwriter intimacy to her music. The beloved singer and winner of the GRAMMY for Best Female Country Vocal has produced such number one hits classics as “18 Wheels and A Dozen Roses,” “Where’ve You Been,” “Goin’ Gone,” Untold Stories,” and “Life as We Knew It.” Not content to dominate in one genre, Mattea has also been award the GRAMMY for Best Southern, Country, or Bluegrass Gospel Album. Her 18 albums are woven through with bluegrass, gospel, and Celtic influences, and have garnered multiple Country Music Awards, as well as Single of the Year, Song of the Year, and Top Female Vocalist from The Academy of Country Music. A genuine storyteller, she draws inspiration from her Appalachian roots and the celebration of the culture of her native West Virginia while expanding the acoustic music that has always served as her artistic center. Most recently, Mattea and her longtime collaborator, guitarist Bill Cooley, have shared one of Nashville’s most musically rich partnerships for over two decades. The duo meets as old friends, welcoming you into The Acoustic Living Room to share songs and stories near and dear to their hearts.