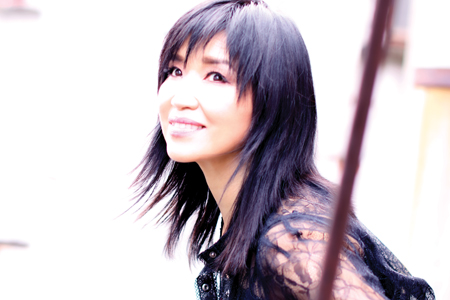 Japanese born pianist, composer and producer Keiko Matsui is a citizen of the world, touring the world relentlessly bringing her music to virtually every corner of the globe. Her music transcends boundaries with a unique melting pot of musical influences that has earned her a devout international following. Matsui is freely at home in many musical genres, seamlessly borrowing from such diverse idioms as jazz, classical, rock, blues, traditional, world, and beyond. Her 1996 album Dream Walk remained on the Billboard Contemporary Jazz Chart for over 15 months and cemented her reputation as a force to reckon with. 1998 saw the release of her album Full Moon and The Shrine which was accompanied by the acclaimed PBS-TV special, Keiko Matsui: Light Above the Trees. The special earned her a National Smooth Jazz Award for Best Long-Form Video Achievement and she was honored with an award for Best Female Artist. Matsui claimed the award again in 2001. Not one to slow sown, her CD, Deep Blue topped Billboard’s Contemporary Jazz charts for three consecutive weeks making her the first Japanese artist to achieve this honor. In December 2009, the highly sought-after pianist put together a high successful Christmas show at the Blue Note club in Tokyo and in November 2010 she made her highly anticipated debut at the Blue Note in New York. In 2011, she released The Road, bringing her total number of US releases to an incredible 22. With over a million and a half albums sold and scores of sold out concerts all over the world, Matsui is one of the brightest stars in instrumental music sharing the stage with everyone from Stevie Wonder and Miles Davis to Hugh Masakela and Bob James.