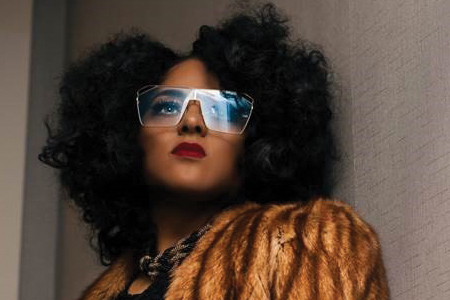 GRAMMY Award-nominated soul singer, songwriter and pianist Marsha Ambrosius catalogs two transformative years via the 16 impassioned, irresistible, and inimitable anthems comprising her third full-length album, NYLA. After co-founding the gold-certified and influential, Floetry, she went on to pen tunes for Michael Jackson, Alicia Keys and Jamie Foxx before launching a successful solo career. Ambrosius’ 2011 debut, Late Nights & Early Mornings, bowed at number one on the Billboard Top R&B/Hip-Hop Albums Chart, number two on the Top 200 and yielded hits such as the GRAMMY nominated “Far Away” and “Hope She Cheats On You (With A Basketball Player).” Her follow up release, Friends & Lovers, went to number two on R&B/Hip-Hop Albums Chart and number 12 on the Top 200. The album was highlighted by collaborations with Dr. Dre and Charlie Wilson. In between a relentless tour schedule, Ambrosius lent her voice to five tracks from Dre’s 2015 chart-dominating, gold-selling swan song, Compton, in addition to high-profile collaborations with the likes of Kanye West, Solange, A Tribe Called Quest and many more. She was invited by The Obama’s to perform at The White House for The National Christmas Tree Lighting.