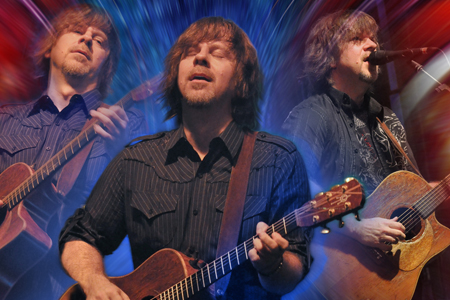 You can call it prescient or predetermined, but when Terry Lickona, undisputed tastemaker and producer of Austin City Limits, plucked a then relatively unknown guitar talent to tape a segment of the legendary show, one had the sense that this was just the beginning. Since that jaw dropping performance, Monte Montgomery has embarked on an almost fantasy like rock and roll roller coaster ride filled with dizzying accomplishments and mind blowing accolades. Named one of the ‘Top 50 All-Time Greatest Guitar Players‘ by Guitar Player Magazine, he’s been called everything from ‘guitar-god‘ to the ‘answer to the Fermi Paradox.‘ Long a big draw on the live music scene, Montgomery’s non-stop touring schedule lets fans experience his epic guitar solos, classic covers, and original hits, night after night. Besides his version of ‘Little Wing,‘ by Jimi Hendrix, his cover of ‘Sara Smile‘ on YouTube, impressed Daryl Hall (Hall & Oates) so much, he invited Montgomery to be the featured artist on Live From Daryl’s House, the popular web-based music show.