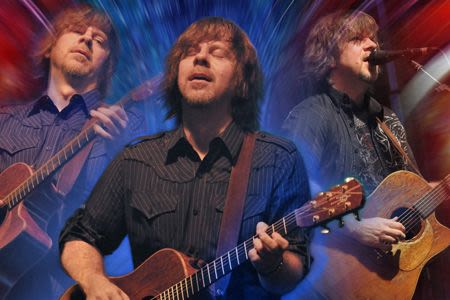 You can call it prescient or predetermined, but when Terry Lickona, undisputed tastemaker and producer of Austin City Limits, plucked a then relatively unknown guitar talent to tape a segment of the legendary show, one had the sense that this was just the beginning. Since that jaw dropping performance, Monte Montgomery has embarked on an almost fantasy like rock and roll roller coaster ride filled with dizzying accomplishments and mind blowing accolades. He has been named one of the “Top 50 All-Time Greatest Guitar Players” by Guitar Player Magazine, and called “guitar-god” by fans and critics alike. The release of his self-titled CD, “Monte Montgomery” cemented his place as not just some blazingly electrified acoustic guitar playing freak of nature, but also a rare and true triple threat; songwriter, singer and master musician. Although he is known for his original songs, his blistering interpretation of Jimi Hendrix’s “Little Wing” is the stuff of legend and his version of “Sara Smile” led to appear on Daryl Hall’s, Live From Daryl’s House.” His buzz on the Austin live music scene led to the current fulfillment of his musical destiny; critical acclaim and an ever growing touring circuit in the U.S. and Europe helped grow a dedicated fan base outside the “city limits.”