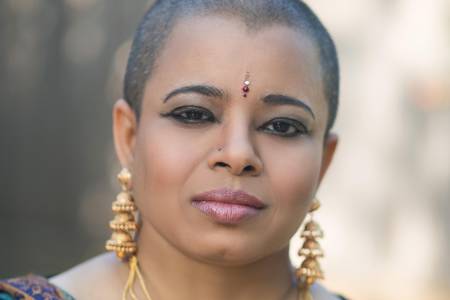 East and West co-mingle harmoniously in Indian-American, Austin-based musician, Nagavalli. Described as “Eastern soul,” her music blends east-Indian soul with delicate touches of pop, rock, trance, and pure eastern tradition. Nagavalli’s repertoire ranges from her original songs in English to East-Indian and Sufi spirituals, creating sounds both unique, yet familiar, which often results in the listener achieving a state of meditative tranquility. She grew up in Mumbai, India, bringing the rich, soulful music of her home to Austin where she has worked with musicians from a variety of genres such as Latin, American rock, and jazz to middle-eastern, Indian classical and folk music. Named one of the Top 10 Female Vocalists and World Music artists at the 2015-2016 Austin Music Awards, Nagavalli has become a staple in Austin music circles, recording and performing with such artists and bands as Oliver Rajamani, Atash, Govinda, and Ginger Leigh. She embarks on her next musical journey with her forthcoming album, Immersion, out January 2019. The album is a back-to-roots journey that was composed as one continuous piece of music, with lyrics from ancient Sanskrit chants and the writings of such ancient saints as Sant Kabir and Meera Bai. “Nagavalli’s voice and spirit give me the depth of experience I long for in music and rarely reach” – Eliza Gilkyson, renowned Austin-based musician.