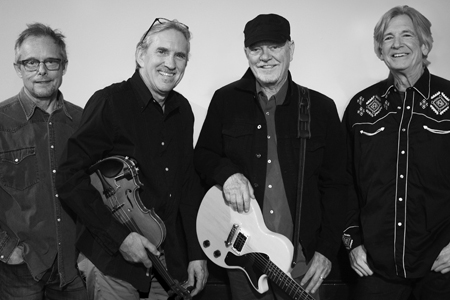 One of the first and longest-lasting country rock groups, Poco found Platinum success early in their career. It can easily be argued that these pioneers first created the combination of vocal harmonies, country instruments and rock and roll rhythms that became known as country rock. Four decades later Rusty Young who wrote and sang the massive hits “Crazy Love” and “Heart Of The Night” still leads this incredible band – a band whose roots are found in Buffalo Springfield and has included such musicians as The Eagles Timothy B. Schmidt. With the release of their first album Pickin Up The Pieces, the only debut album to ever receive a perfect rating from Rolling Stone Magazine, Poco was off and running. With 24 original albums and 26 Best Of and Anthology collections, Poco is one of the most prolific bands in rock and roll history. In the last decade the band has stayed true to form, releasing Running Horse in 2002, the all-acoustic collection The Wildwood Sessions in 2003, Bareback at Big Sky in 2005 and Keeping The Legend Alive, the critically acclaimed 40th Anniversary Live DVD.