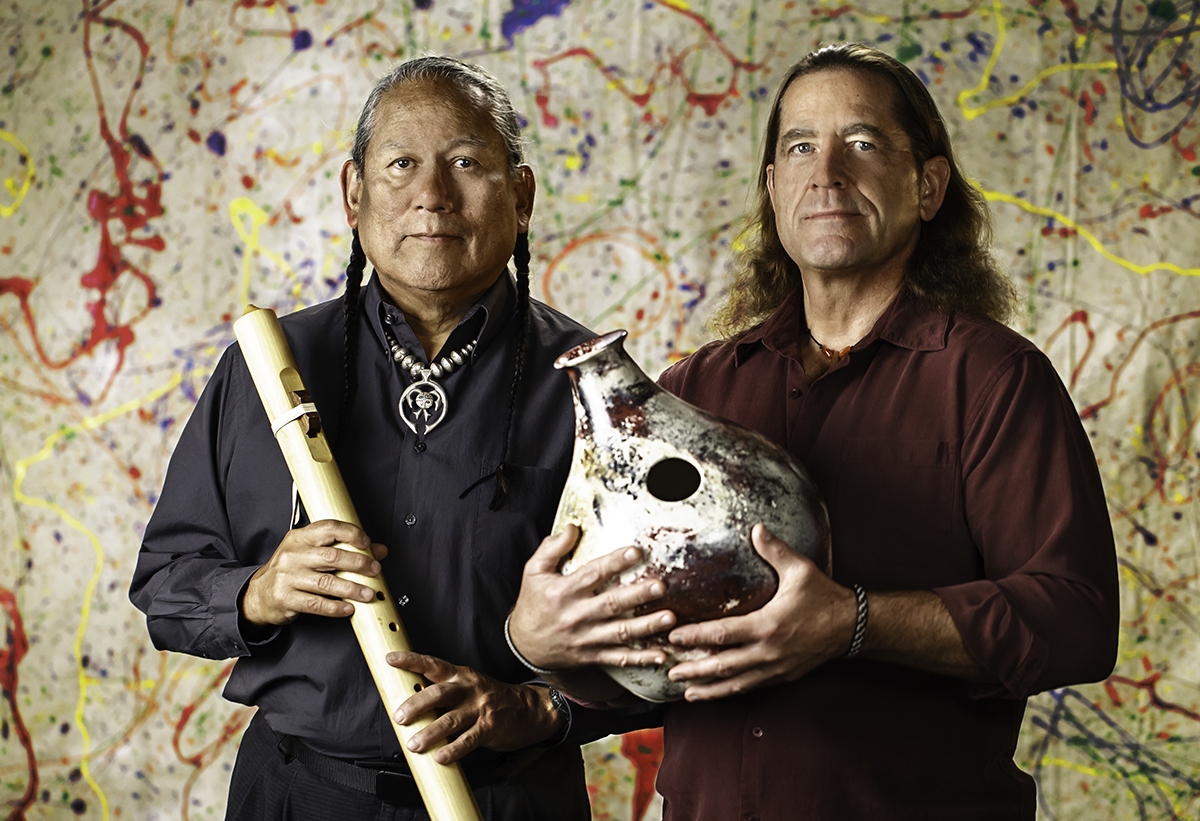 R. Carlos Nakai is the world’s premier performer of the Native American flute. He released his first album, Changes, in 1983, and has gone on release thirty-six critically-acclaimed albums since. In addition to his educational workshops and residencies, Nakai has appeared as a soloist throughout the United States, Europe and Japan, and sold over four million albums worldwide. He founded the R. Carlos Nakai Quartet to explore the intersection of ethnic and jazz idioms and brought the Native American flute into the classical concert hall, performing with over fifteen symphony and chamber orchestras. He has also won eight Native American Music Awards earned Platinum and Gold record sales and was inducted into the Arizona Music & Entertainment Hall of Fame. Nakai’s is 11 GRAMMY nominations include his duo album with Will Clipman, Awakening the Fire.

Will Clipman began playing his father’s drums and his mother’s piano at the age of three and has mastered a pan-global palette of percussion instruments in addition to the traditional drumkit since playing his first professional gig at the age of fourteen. He has been nominated for seven GRAMMY awards, including for his solo album, Pathfinder. Clipman is a three-time Native American Music Award winner, a New Age Reporter Music Award Winner, a Zone Music Reporter Award winner, and a two-time TAMMIE Award winner, and has been inducted into the Tucson Musicians Museum for his contributions to the musical community in his hometown. He has recorded over sixty albums.