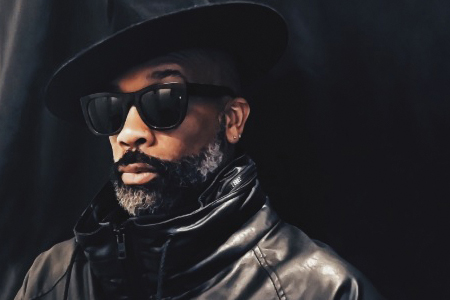 Far from the mischievous “Kid” he played on Kids Incorporated 23 years ago, Rahsaan Patterson re-entered the music scene from behind the scenes penning perhaps Brandy’s biggest single to date as well as session work for other well-known artists. By the time he sought a record deal, there was a near bidding war over him. Patterson is simultaneously retro and fresh the way neo-soul indeed was supposed to be. The biggest difference is his voice. Patterson’s voice is an itchy scratchy thing when he wants it to be, like his pipes are silver-coil lined. It is also a soaring falsetto when he wants it, a funky tenor base when needed, and nearly operatic alto when he wants as exclamation point. His music fast tracks it to the Urban Adult Radio market where is has garnered a truly loyal following. Some of Patterson’s best serenades include, “Spend the Night” and “Where You Are,” the latter remaining a show favorite for a decade to come.