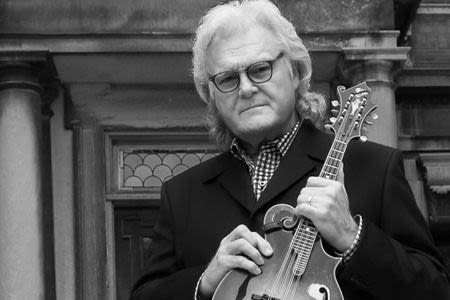 Fifteen-time GRAMMY Award-winner Ricky Skaggs’ career is easily among the most significant in recent country music history. If Skaggs’ burgeoning trophy case full of awards wasn’t already enough evidence enough of that fact, consider that legendary guitarist Chet Atkins once credited Skaggs with “single-handedly saving country music.” His life’s path has taken him to various musical genres, from where it all began in bluegrass music, to striking out on new musical journeys, while still leaving his musical roots intact. Skaggs legendary album, Bluegrass Rules! swept major music awards, topped the charts, and cemented his reputation for bringing the genre to the masses. He, along with Kentucky Thunder, are 8-time winners of the International Bluegrass Music Association Instrumental Group of the Year. In the past decade, Skaggs has been honored with inductions into the Gospel Music Association’s Gospel Music Hall of Fame and the Musicians Hall of Fame. In 2018, a landmark year, he was also awarded membership into the National Fiddler Hall of Fame, the IBMA Bluegrass Music Hall of Fame and country music’s greatest honor, the Country Music Hall of Fame. He struck his first chords on a mandolin over 50 years ago, and he continues to do his part to lead the recent roots revival in music. Clearly his passion for it puts him in the position to bring his lively, distinctively American form of music out of isolation and into the ears and hearts of audiences across the country and around the world. Ricky Skaggs is always forging ahead with cross-cultural, genre-bending musical ideas and inspirations.