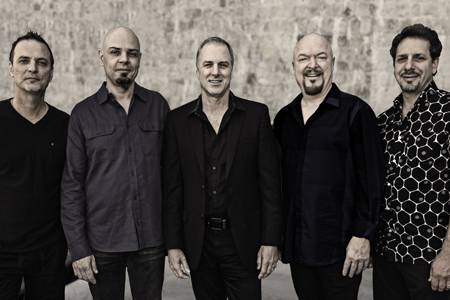 “When I started The Rippingtons, I never imagined it would last more than the release of one album, let alone thirty years,” says Russ Freeman, leader and founder of the GRAMMY nominated group, The Rippingtons. The band celebrated their 30th anniversary with the release of True Stories, their 22nd recording (June 2016). Freeman’s approach to composition has been compared to that of a mixed-medium painter. His ability to engage all the senses and employ disparate techniques has helped keep the band at the top of the charts and garner legions of fans worldwide. Hurling unique instrumentation, wide-ranging dynamics, and contrasting textures upon the auditory canvas, the band pushes the boundaries sonically, harmonically, rhythmically, and emotionally. A testament to The Rippington’s Midas touch is the who list of stars who have been featured with the group through the years, including vocalists Patti Austin, Joe Sample, David Benoit, Kenny G, Jeffrey Osborne, Jeff Kashiwa, and Kirk Whalum. The group’s dynamic and adventurous compositions have long been a centerpiece of their signature sound and their irresistible auditory confections have catapulted them to the top of the charts time and time again. Virtually all of the band that Ripps recordings have hit top five on the Contemporary Jazz Charts and several have landed number one albums, including Welcome to the St. James Club, Curves Ahead, Tourist in Paradise, Sahara, and Black Diamond. The Rippingtons have made a name for themselves defying the odds and redefining themselves every step of the way – and they are not done yet. True Stories is a testament to the unwavering artistry of Russ Freeman and The Rippingtons and confirmation that there are still many more tales to be told. It is this forward momentum that propels the notes on True Stories and keeps the listeners yearning for the next chapter