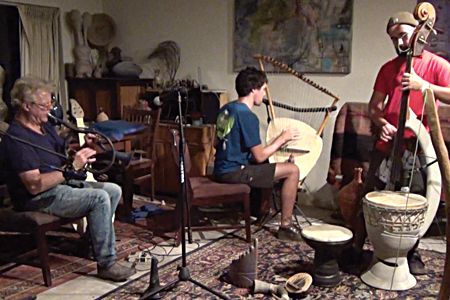 Brian Ransom is a professor of Visual Art at Eckerd College, a four year liberal arts college in St. Petersburg, Florida. His show, Sounding Clay, features what he is most known for – his sounding sculptures and musical instruments whose primary resonators are ceramic, although they increasingly employ an unusual variety of media and installation venues in their presentations. Ransom’s musical compositions, which he writes for his original ceramic musical instruments, have been featured in recordings, film and video soundtracks and ballet scores throughout the past twenty years. His sounding sculptures have been exhibited and collected internationally. He has lectured extensively including giving an interactive presentation at Harvard University on acoustics. Among the awards Ransom has received include the National Endowment for the Arts Fellowship in Sculpture, The Fulbright/Hayes Fellowship in Peru, and several State Arts Commission grants.