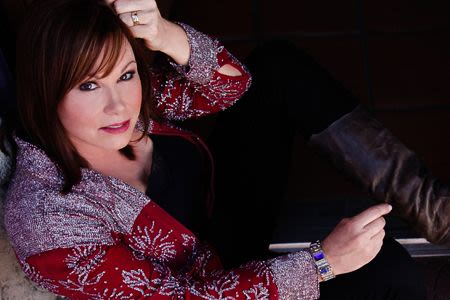 GRAMMY Award winning and Platinum selling artist Suzy Bogguss is one to chase the muse wherever it may lead. She has covered country, swing, jazz, folk, Americana and roots music with style and grace. Bogguss has sold over 4 million records with sparkling radio hits like “Outbound Plane”, “Someday Soon”, “Letting Go” and “Drive South”. Her 2015 album, Lucky was a heartfelt homage to the songwriting of Merle Haggard. Haggard happily gave her the big thumbs up and she embarked on two years of non-stop touring in support of the album. Rolling Stone Magazine included her in The Top 48 Things We Saw at SXSW two consecutive years in a row. Bogguss’ live performances, which includes her hits and choice material from her critically acclaimed albums, have been lauded by fans, critics and buyers as “a show not to miss!” Her appeal has never wavered and her fan base continues to grow with constant touring around the globe. Since 2017, Bogguss has been touring as one of three “Chicks With Hits”, a show that also features Pam Tillis and Terri Clark. She truly is an artist that knows no boundaries and one who always leaves everyone wondering what she’ll do next!