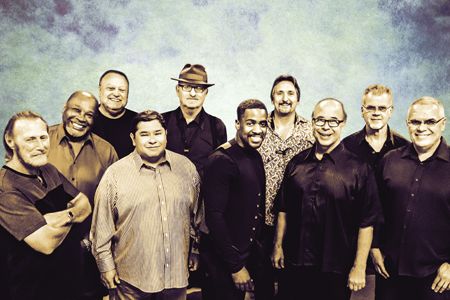 For close to 50 years, Tower of Power has delivered the best in Rhythm and Blues music. As group co-founder Emilio Castillo says, “Everyone had grown out of the whole psychedelic thing. Bands like Jefferson Airplane and Grateful Dead had been happening for about three years. The collective ear of the Bay Area was ready for something soulful. That’s right when we came along.” Bump City, their 1972 debut was a hit on both the Billboard 200 and the chart’s R&B Albums chart, and netted them the hits “You’re Still A Young Man” and “Down To The Nightclub.” The decade of the 1970s were a boom period for the group, who hit with radio classics like “So Very Hard To Go” and “What Is Hip?” and the band has continued to tour and record over the years with their project Hipper Than Hip being a live flash back to their 1974 tour. Castillo says their love of the stage is the same today as it was back in 1968. TOP consistently plays over 200 nights a year, touring the world. Bringing their music to Europe and Japan each year, crisscrossing the US with an occasional trip to Australia and New Zealand, taking the TOP message is their life’s work. Fans that come out to see Tower of Power this year will get a look at their brand new lead singer, Marcus Scott. Castillo says he’s a perfect fit. “It’s phenomenal. Most bands lose their singer, and it’s over. But, we’ve changed singers and other players so many times, the fans actually get excited about who’s next.”