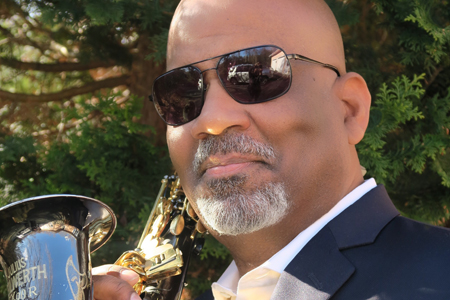 Over the past three decades, saxophonist Walter Beasley has artfully and dynamically redefined the phrase “musical Renaissance Man” for the modern generation. Considered by fans and critics alike as the “heir to Grover Washington, Jr.’s Throne,” he is the acclaimed saxophonist, vocalist, educator, and entrepreneur of the decade. As the highest selling full-time Professor / Recording Artist in history, the Boston-based musician has long mastered an exhilarating high wire act of balancing a successful career as a contemporary jazz recording artist and performer with an equally thriving presence in the field of music education. Notable performances include the all-star tour To Grover, With Love, performing alongside Chuck Loeb, Buddy Williams, and Andy Snitzer and performing as the headlining act for the 2011 Playboy Jazz Festival. Beasley’s chart-topping single, “Groove In You,” debuted on the Groove Jazz Chart at number 29, climbed to Top 20 on the Billboard’s R&R Chart, Radiowave, SmoothJazz.com, Mediabase, as well as earned a spot in the Top 10 on the Indie Chart. He earned the 2009 Jazz Awards, as well as multiple hits reach the top of the smooth jazz charts.