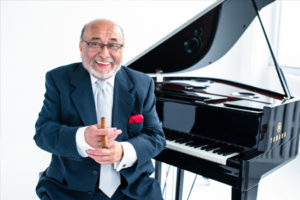 Known as one of the finest pianists of the past 60 years, Eddie Palmieri is a bandleader, arranger, and composer of salsa and Latin jazz. His playing skillfully fuses the rhythm of his Puerto Rican heritage with the complexity of his jazz influences: Thelonious Monk, Herbie Hancock, McCoy Tyner as well as his older brother, Charlie Palmieri. Palmieri perfected his arranging skills in the 1970’s releasing several impressive recordings that reflected his unorthodox approach to music. His unconventional style would… 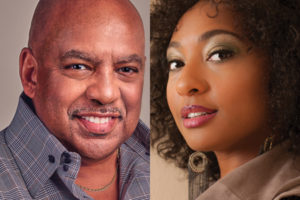 Saxophonist Gerald Albright, Born and raised in Los Angeles, Albright was already an accomplished saxophonist by the time he enrolled at the University of Redlands, but he switched to bass after he saw Louis Johnson in concert. Playing both sax and bass, he becoming the consummate session and touring musician in the 80s, working with everyone from Anita Baker, Ray Parker, Jr., Atlantic Starr, The Temptations and Maurice White to Les McCann, Teena Marie, the Winans and Whitney Houston. Now… 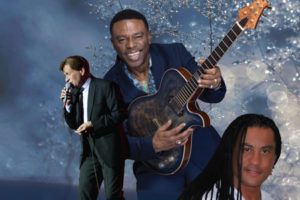 Grammy Award Winner Norman Brown is coming to town for a “Joyous Christmas”, with special friends Bobby Caldwell and Marion Meadows. With Norman’s patented blistering soulful guitar, Bobby Caldwell’s memorable vocals, and Marion Meadows sweet and lilting sax melodies, a Christmas spell is cast over every performance. Along with all our Christmas favorites, Norman joins Bobby on “What You Won’t Do For Love”, and Bobby and Marion on Norman’s “That’s The Way Love Goes”. So please, join Norman, Bobby and…